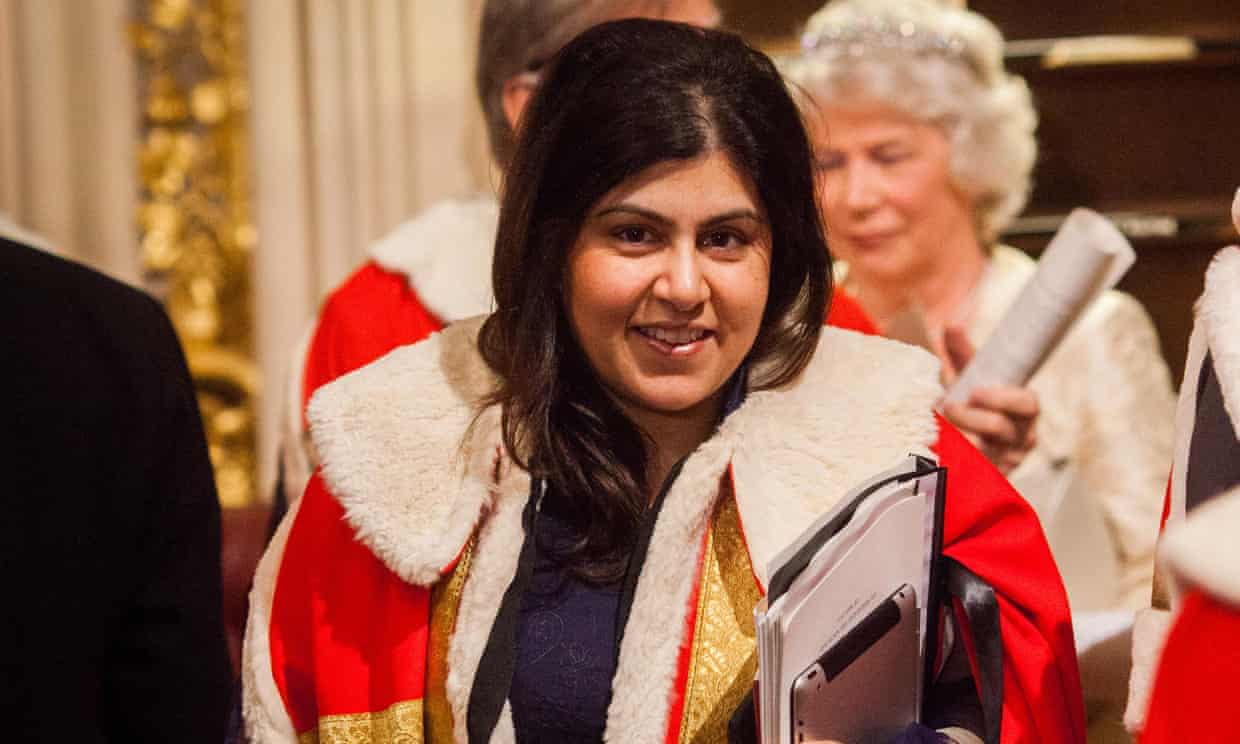 Anger is exhausting. There is only so long most people can sustain a state of permanent fury, let alone put up with it in others. It takes a lot of energy to remain at boiling point, ever vigilant to the next perceived outrage, and eventually most people burn out. It was this kind of longing for the shouting to stop, almost as much as Brexit fever, that Boris Johnson arguably tapped into with his wildly misleading promise to just get the whole leaving business over and done with. Paradoxically, it’s this same bone-weariness that may also eventually lead a polarised country towards some kind of healing.

This hardly feels like an auspicious week to launch a campaign for a kinder, more generous and socially cohesive politics, what with the home secretary being embroiled in allegations of repeatedly bullying civil servants. But perhaps the timing of the new all-party parliamentary group Compassion in Politics, launched by the former Tory cabinet minister Lady Warsi and former Labour frontbencher Debbie Abrahams, is smarter than it looks. The group might sound as if it’s whistling in a gale – with its calls to hold the line against hate speech, make lying to voters a criminal offence, and protect the most vulnerable from measures that harm them – but it’s not alone in exploring ways to put Humpty Dumpty back together again.

Away from the roiling cesspit of social media, the public appetite is for something less viciously polarising

Yesterday, the former Labour minister David Lammy launched his new book, Tribes, which examines how to bring together a fractious country without smothering legitimate political grievances in the process. Later this month, the first annual Civility in Politics awards – the brainchild of Gordon Brown’s former adviser Lord Wood among others – will seek to reward politicians who build bridges and reach across divides in an attempt to reduce what its founders call “belligerence and bitterness” in public discourse.

There are signs too of the remains of moderate Conservatism regrouping after being flattened by the Johnson juggernaut; the centre-right thinktank Onward is to lead a cross-party initiative seeking ideas to repair the social fabric in struggling parts of Britain, many of which voted to leave. Its initial research suggests that when asked what they actually want, voters in towns such as Grimsby think small, cheap and local. They want rejuvenated high streets and more neighbourliness, not permanent revolution; it’s security they crave, rather than smashing everything up and starting over.

If these are green shoots, they are fragile ones. The debate about how to revive what Jeremy Corbyn called a “kinder, gentler politics” has a tendency to collapse into vague platitudes about everyone being nicer to each other, and the advocates of a more conciliatory politics are not always saints. Abrahams was sacked from the frontbench following accusations of bullying staff, which she emphatically denies; centrist Tories are open to the charge that if northern towns are run down, then the party running the country for the last decade should be held responsible for that. And the late surge in the Democratic nomination race by the great conciliator, Joe Biden, comes despite lingering unease over his alleged behaviour towards women and willingness to work with rightwingers.

But away from the roiling cesspit that is social media, the public appetite is for something less viciously polarising. When Keir Starmer is cruising to victory in the Labour leadership contest by doing little more than avoiding offending any wing of the party too grievously, at the same time as Biden’s avuncular campaign is rising unexpectedly from the dead on the other side of the Atlantic, some kind of tectonic plate is shifting.

The charge against the Bidens and Starmers of this world is invariably that they’re bland, boring or overly complacent; that all they really do is perpetuate a fairly dismal status quo, while sweeping objections politely under the carpet. Anger is seen as righteous and authentic, the absence of it as a feeble sellout that allows the enemy to prevail. Yet nothing lets a rotten government off the hook quite like an impotently raging opposition, repeatedly losing elections to the point where it can be safely ignored.

It’s harder to write off a late Biden surge, however temporary, as the revenge of the smugly oblivious middle classes when his Super Tuesday trouncing of Bernie Sanders was at least partly fuelled by winning big among black voters. And to portray Starmer as some kind of establishment stooge is to misunderstand why so many former Corbyn supporters are choosing him over Rebecca Long-Bailey.

Starmer hasn’t asked them to give up on the manifesto they loved, but suggested that they can have pretty much all the same policies without the infighting, the poison, the creeping antisemitism around the edges and, crucially, the ultimate defeat. Time will tell how realistic that promise is, but Starmer’s dominance isn’t just a reward for the stance he is seen to have taken on Brexit; it’s a sign that many Labour people are tired of losing, tired of raging, tired of factional politics seemingly calculated to create dividing lines.

This isn’t the return of centrism – to the chagrin of some centrists who worry the party still hasn’t grasped what it needs to do to win again – so much as an emerging willingness among Labour members to sue for peace with the electorate, and with each other. If the Labour party really craved excitement it wouldn’t want Starmer, yet he has managed to make a virtue of what could have been a weakness. If the last few years taught us anything, it’s that there are worse fates in life than being bored.