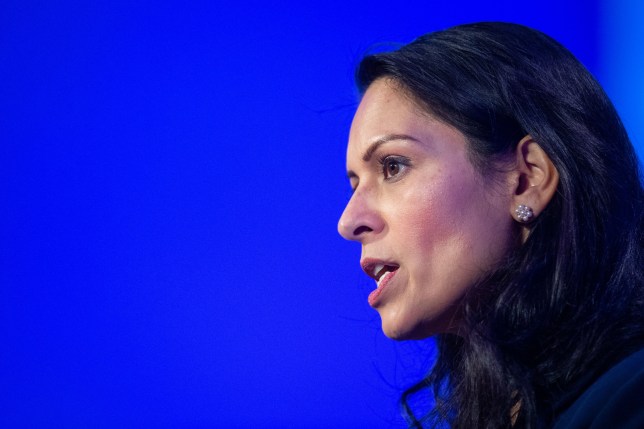 Another day has passed and more allegations of bullying by the Home Secretary Priti Patel have surfaced.

And yet, somehow, she clings on to her role – thanks in no small part to the backing she has received from the prime minister. She has denied any wrongdoing and her supporters say it is a ‘smear campaign’, but it is difficult to imagine a leader in any other walk of life being allowed to stay in a position of power when they are facing such claims.

But this is not an article about Patel. Or at least, not about her specifically. It is a call for us to use this moment to examine not only the finer points of her alleged  behaviour – as important as that will be to the case against her – but also the structural problems in our politics that allow bullies (and there are many, even if the claims against Patel are not upheld) to thrive. Compassion in Politics, a cross-party organisation, has spoken to civil servants about the Patel case and it’s clear hers is an unusual one – but not in the sense that you might imagine. What is unusual is that someone as senior as Philip Rutnam chose to speak out against her. More junior servants have told us that bullying by ministers is not uncommon. One said that they consider a meeting with a minister to have gone well if they were not shouted at or verbally abused. A fact universally acknowledged within the civil service – that some ministers are frequent bullies – is now being widely discussed outside it. That is why we must use this moment to embed structural reform.

Push and pull factors combine to allow bullies to succeed in politics. The system pulls bullies to the top – or rather, holds back those of a more socially-orientated, sensitive disposition. The whipping system is formalised bullying. The two-party system forces politicians to see members of other parties as opponents in a war, rather than equal participants in the policy-making process. Parliamentary debates are raucous, rough, and rowdy: many personality types will simply not be able to flourish or contribute meaningfully in such conditions. And these are just the systems that a backbench MP has to tolerate – imagine the psychological profile of the kind of person who rises through that baptism of fire to lead the country.

One junior servant said that they consider a meeting with a minister to have gone well if they were not shouted at or verbally abused Then there are the push factors that prevent a civil servant from speaking out. One of the civil servants that we spoke to regarding the Patel case said they were not at all surprised that the Home Office claimed no official complaints had been received regarding the secretary of state’s behaviour. They even implied it was rather disingenuous of the Home Office to make such a statement since, in their experience, most departments do not have any formal, independent procedure for a civil servant to complain about their ministerial masters. Ministers are subject to an entirely different set of rules created arbitrarily by the prime minister and their chief of staff. There are other cultural factors that might inhibit a civil servant from speaking out. Some of these are similar to those raised brilliantly by Gemma White QC in her report into bullying in Parliament (note the difference here – White looked at the experience of staff employed directly by MPs as opposed to civil servants who work for the government). She found that many staffers were afraid of speaking out against an MP for fear that it would tarnish their future career or they would be perceived as acting with disloyalty to the party apparatus. The same must surely be true for a civil service, which prides itself on the work it performs for the government. Indeed, the civil service code requires that employees ‘act in a way which deserves and retains the confidence of ministers’.

That a troubled system will continue to operate without reform whether Patel stays or goes is the clear and present danger. And that’s also why those of us invested in a more compassionate, cooperative, and inclusive form of politics have to act now to build that alternative vision. This week the new All Party Group for Compassionate Politics launched in Parliament with parliamentarians from six parties. This group will now provide a vehicle for reform and start creating a proper complaints process inside the government so that civil servants can, if necessary, anonymously complain about their treatment at the hands of ministers.