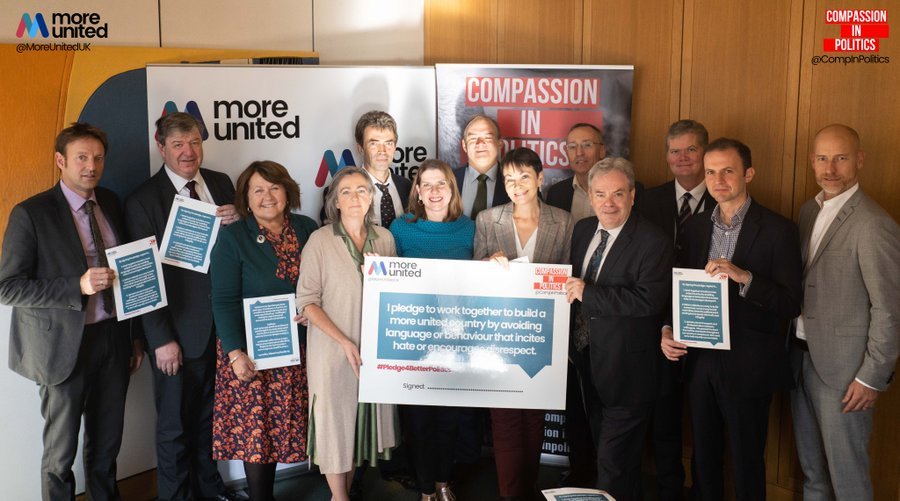 We are honoured to be working with four amazing young campaigners - Lisa, Jaiden, Olivia, and Precious - from Manchester and the cross-party group More United to try and get a new code of conduct for MPs.

Our campaign was launched in response to the growing hostility and toxicity of debates in parliament. We believe that the tone set in parliament has a profound impact on the nature of debate across the country and on the respect given to different views. We simply cannot expect good laws to come from a broken system.

So far in the campaign we have:

We are currently in the process of arranging a meeting with the new speaker of the Commons Lindsay Hoyle and hope to use that to push for the code to be adopted formerly in parliament.

Here is a copy of the code:

As your elected representatives, we should be the change we want to see. We pledge to uphold the code: