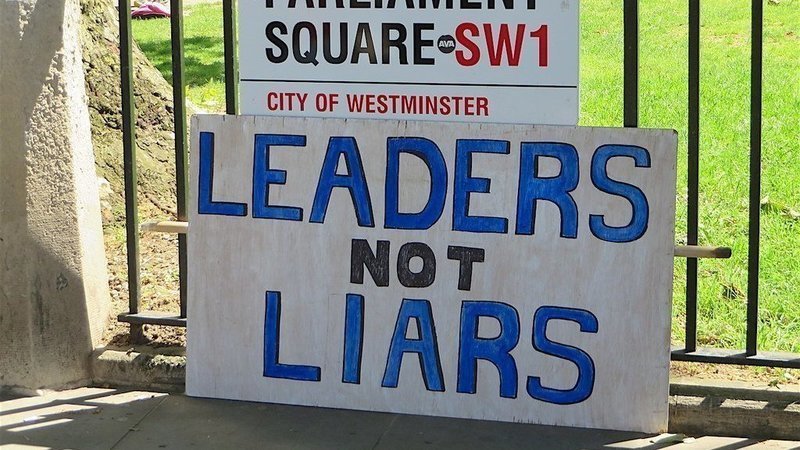 The election campaign is over, and let's face, it was messy. Political parties across the board were accused of lying and misleading voters. The tone many political leaders set is entirely at odds with the caring, compassionate, and respectful Britain that most of us believe in.

The UK’s fact-checking agency Full Fact concluded that “this vote was left wide open to misinformation and abuse.”

Politicians have lied. And they have got away with it. This needs to stop.

The British public deserves better than this - let’s make lying in politics illegal.

I’ve worked in politics. I know how important it is that voters get the full, true picture and are not deceived or misled. But they are being misled and it has to stop.

That’s why I founded the think-tank Compassion in Politics, which seeks to change politics for good by putting compassion, inclusion, and cooperation at its heart.

It is frankly unbelievable that our politicians are not subject to the same levels of accountability as businesses, as teachers, as doctors - as most of us.

A new law could change that and with it change politics for good.

The problem is that current laws have not kept pace with changes in politics, especially online campaigning. For example, printed election campaign material needs an imprint stating who created, but this is not the case for online material.

Compassion In Politics has worked with lawyers to create a new Bill which would extend laws to cover these new areas of campaigning, and strengthen the legal consequences of lying in the media or on leaflets and posters.

We cannot undo what has happened in the last six weeks but we can learn from it and make changes to the law and to our politics that will prevent it from ever happening again.

Let’s show the new Government that this needs to be taken seriously - please sign my petition to make lying in politics illegal.