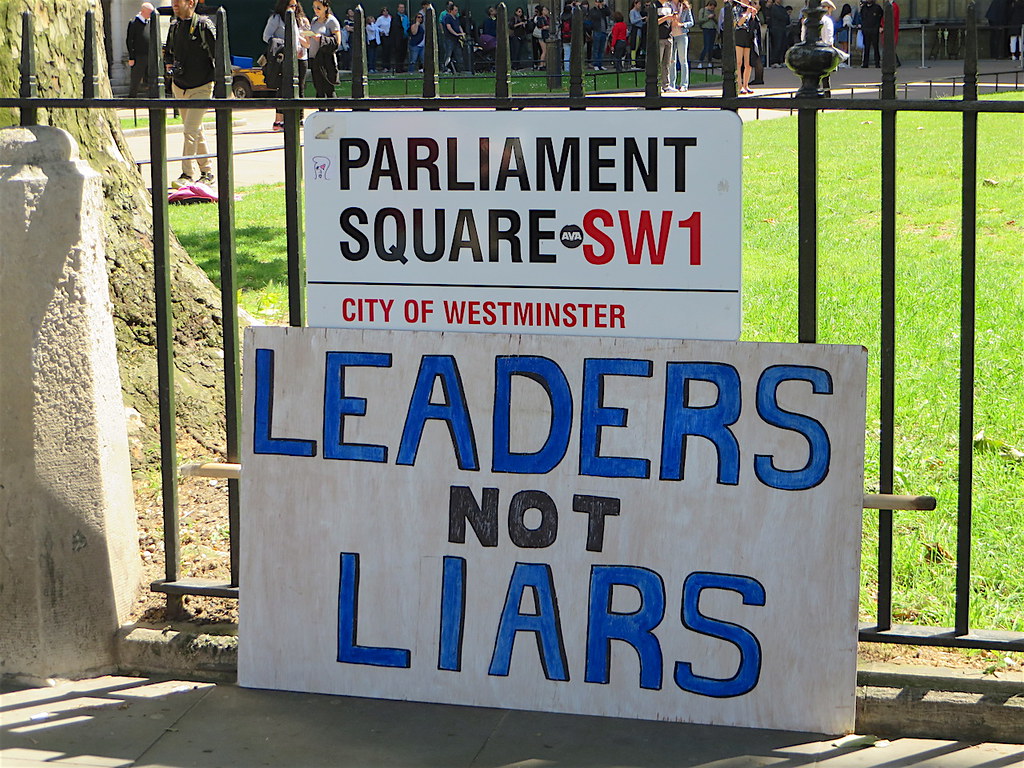 Zoom-sensation Jackie Weaver has joined MPs from Labour, the Greens, SNP, and Plaid Cymru in backing a petition which calls for the end of lying in politics.

The petition, which was set up by Compassion in Politics and has nearly 200,000 signatures, calls for the introduction of a new law to effectively make it illegal for a politician to deliberately mislead the public.

The proposal would take the existing laws which govern the marketing of goods and apply them to the statements made by politicians.

Weaver, who shot to fame after a recording of her chairing a raucous parish council meeting went viral, makes reference to her own experience in politics in a video message recorded to support the campaign.

“Working in politics, I’ve seen just how much damage dishonesty can do. It makes it impossible to create policies based on evidence. It creates toxicity and division. It destroys trust in the political process. We don’t tolerate it in any other places of work - why should we tolerate it in politics?

“This new law would create a very clear line in the sand - stating once and for all that lies and misrepresentation will not be tolerated in a decent, democratic society. Please join me in supporting this vital cause.”

Referring to the council meeting that made her famous, Weaver signs off:

“A healthy democracy needs honest leaders. We cannot hold politicians to account when they lie, misrepresent and spin the facts. We cannot have open and honest debates based on fake news and false information. We cannot hope to make good policy from bad facts.

“I have been working with colleagues across Parliament to stop this Government from repeating lies and false statements, statements that often start with their own liar-in-chief, the Prime Minister. Those efforts have been rebuffed by the archaic laws of Parliament which protect the Government from proper scrutiny. That is why I am supporting this proposal from Compassion in Politics to finally change the rules so that politicians who wilfully lie can be held to account.”

Dawn Butler, the Labour MP for Brent Central who was evicted from the House of Commons for accusing the prime minister of lying, said:

“It is time to demand change, our parliamentary rules are not fit for purpose and are helping our Prime Minister and his Ministers lie to the public with no consequences. From Coronavirus to climate change they can deceive, mislead, and misrepresent and there is nothing that we as MPs or the voting public can do about it.

“Back in July I took a stand and called out the Prime Minister’s lies in Parliament for what they are, yet I suffered the consequences. It didn’t make sense then and it still doesn’t today.

“I congratulate Compassion in Politics’ campaign and for securing nearly 200,000 signatures. It’s what the public deserve, and our democracy requires and that is why I also tabled an EDM to make essential changes to the Ministerial Code.”

“Accountability lies at the heart of democracy. It is the foundation of trust in government. But current rules allow politicians to undermine that trust by running fast and loose with the truth, with no consequences.

“In Boris Johnson, we have a Prime Minister who has no respect for the truth and who believes he is immune to scrutiny. That is why I am proud to work with Compassion in Politics in arguing for a new law to stop politicians from deliberately misleading the public.

“Plaid Cymru leader Adam Price proposed a similar draft law in 2007, when the lies that led to the Iraq war were surfacing. In the meantime, our politics have sadly become even more corrosive. This law is therefore urgently needed to ensure rogue politicians are held to account.”

“A functioning democracy and a thriving nation needs politicians who act with honesty, respect, and integrity. For too long rogue politicians have been able to lie with impunity – eroding confidence, degrading standards, and evading scrutiny in the process. I am glad to support this initiative from Compassion in Politics which could finally ensure that duplicitous politicians are held to account for their actions and the basic standards of integrity, honesty, and transparency are enshrined at the heart of our politics.”

Polling by Compassion in Politics suggests the public overwhelmingly support their proposal. 3 in 4 of people surveyed agree with the idea of creating a criminal offense to deter rogue politicians from lying.

“Any political system which allows politicians to lie with impunity is not fit for purpose. There are laws against lying in other areas of life but none in politics - and that needs to change. You can’t lie when selling a car so why should anyone be allowed to lie when presenting policies or reporting on government activity? Our organisation exists to put compassion, inclusion, and respect at the heart of our politics and there can be no room for lying in such a vision for our democracy.”

Compassion in Politics has also set up a crowdfunder to help power their campaign to end lying in politics.